In the southwest corner of Rwanda, Nyungwe Forest National Park is a vast untouched tropical rainforest with a high, dense canopy.

Nyungwe became a National Park in 2004 as Rwanda sought to increase its tourism beyond the country’s mountain gorillas of Volcanoes National Park, and is certainly worthy of its status because of its spectacular biodiversity.

The heart of Nyungwe Forest is like a scene from a fairy tale. Tall old mahoganies, ebonies and giant tree ferns tower above you, whilst orchids and other epiphytes cling to every branch. Brightly coloured birds flit around, butterflies are everywhere, and walking quietly you may even encounter larger forest residents, including a variety of primates for which Nyungwe National Park is renowned. 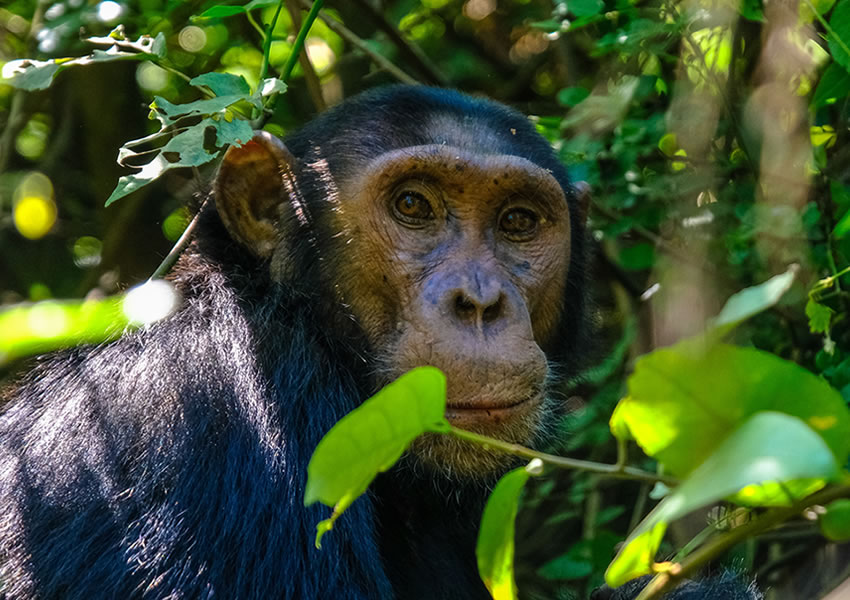 To get a real sense of the scale of Nyungwe, try East Africa’s highest canopy walk with a metal bridge suspended 50 metres above the forest. It’s not for the vertiginous but the views of Nyungwe sprawled out below are unforgettable.

Nyungwe is an ideal destination for lovers of primates, with 13 different species living here, and most visitors will go for at least one tracking experience, the most popular of which is chimpanzee trekking. Starting very early in the morning, chimps are tracked in groups of eight and as with the mountain gorillas, you will have just one hour in their company once they’ve been located. Sightings aren’t as reliable or as clear as gorillas however, since they often remain in dense forest, but their engaging playfulness and human-like characteristics make the long day worthwhile.

Trekking in search of grey-cheeked mangabey and Rwenzori colobus monkeys is also on offer in Nyungwe Forest, the latter of which can be found here in troops of several hundred. And there’s no need to trek far to see l’Hoest’s monkeys – you will often see them ambling along the roadside as you drive past.

Over 130 kilometres of hiking routes have been created in Nyungwe Forest National Park, allowing visitors to explore its interior and its fascinating habitats. Walking in Nyungwe is excellent, with trails lasting from one to eight hours. The beautifully named Igishigishigi Trail is one of the shortest hikes yet includes East Africa’s highest canopy walk with spectacular views across Nyungwe Forest, while the 6 hour Bigugu Trail leads you to the highest mountain in the Park at 2950m.

The birds in Nyungwe Forest National Park are spectacular. Around 310 species reside here, although as in most tropical forests, you’ll have to look hard for them. Giant hornbills, great blue turacos and red-breasted sparrow hawks are amongst the specials, of which 27 are endemic to this section of the Albertine Rift Valley.