In 2015 the Rwandan government passed a law to create a new national park combining the Mukura and Gishwati forests, establishing the Gishwati-Mukura National Park – a forested area which will spread from up in the north of the country near the Volcanoes National Park, all the way down, incorporating the Gishwati and Mukura forests, to Nyungwe Forest. This is a great success story for the conservationists who have been fighting for a long time to protect this strip on the Congo-Nile divide. 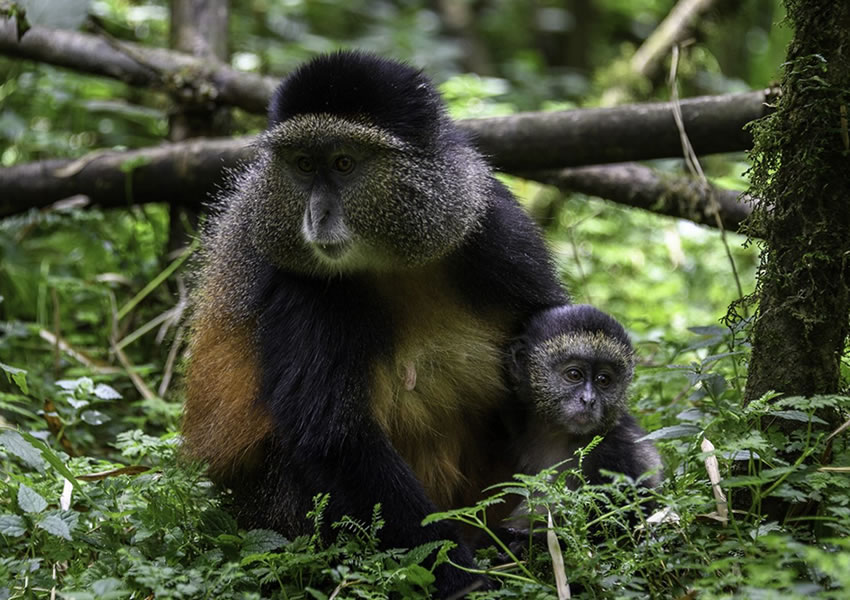 In the far north of Rwanda, Gishwati Forest once had a flourishing eco-system, extending all the way up to the Volcanoes National Park. Following the tragic events of the 1994 genocide, large numbers of the population flowed back into the country from across the border and spread out over the land, many heading towards these forested area to set up new farms and homes for their families. Trees were felled, natural resources extracted, and exotic species introduced – all shrinking the forested areas, pushing them beyond their means and threatening their survival. In 2007 an American research facility stepped in with the aim of saving a small population of less than 20 chimpanzees who had somehow managed to survive in a diminishing forest. They had tremendous success and quickly the protected area increased, the forest began to flourish once more, and the local communities began to live in harmony with their environment.

Further south, Mukura Forest has had a “reserve” status for the past 60 years or so – however during those years its size has reduced by almost 50% – partly due to the population pressures which affected the Gishwati Forest, but also due to illegal mining which has been taking place.

The newly created Gishwati-Mukura National Park gives both these areas official protected status, and a wildlife corridor has been established, linking Gishwati Forest to Mukura Forest and down to Nyungwe Forest. This protected area will offer incredible biodiversity – providing a corridor for free movement of primates such as Black and White colobus monkeys, L’Hoest Monkeys, Blue Monkeys and Golden Monkeys – along with the chance to trek habituated chimpanzees.

This is extremely exciting news for Rwanda, and shows a great willingness of the government to help stabalise and protect these hugely important areas. At present there are no lodges for tourists to stay in this are – however this is set to change over the next couple of years, which will help to bring in much needed resources and income to ensure the continued protection of the national park.